Elizabeth Wong's Give Back Perspective 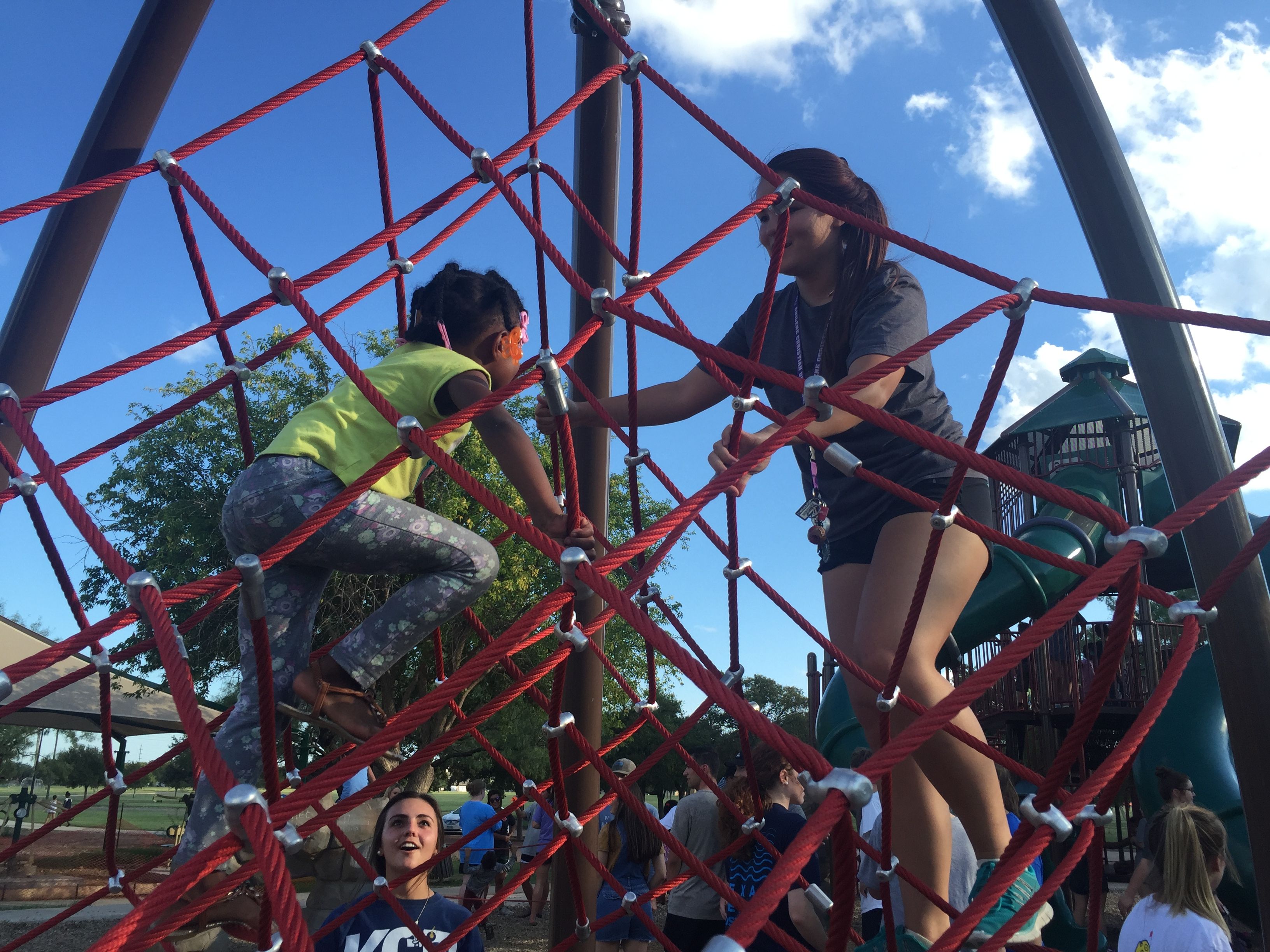 This might be a little of an overshare, but I feel strongly. What do I mean by that? That's a weird thing to say, but, like I said, I feel strongly that I need to say it. When I see someone in need, it breaks my heart. I can change into their shoes in the blink of an eye, see their hurts as if they were mine, and cry with their pain as if it was digging a hole in my own chest. And it's not just someone in need. It's a child that doesn't know the cruelty of the world; it's a man leaving the courthouse because the love of his life wants a divorce, it's a girl looking in the mirror and hating everything about what she sees. But it's not just the bad things. I feel the joy of a mother holding her newborn child, I can see the relief on the face of a student who tiredly crawls into bed late at night, I can feel the happiness of sunshine breaking through the clouds.
I chose to volunteer with World's Backyard, an organization that goes every Wednesday to play with refugee children, because I felt just as strongly giving back to the community. I played soccer with them, read them Bible stories, colored with them, and loved them. However, the moment it really hit me was when I played soccer and saw a boy wearing the same soccer cleats that I had worn when I was little. For some reason, that humbled me to tears. To see this boy, someone utterly unlike me in every way, wearing the same cleats I wore when I was in middle school, was like a slap in the face. It made me realize that despite our differences, we were the same. We were the same people, both trying to find our place and purpose in the world, both on the same journey.
The importance of volunteering lies in that interaction. Yes, volunteering is a great way to give back to the community and it benefits so many people in a myriad of ways, but it also goes deeper than that. Volunteering opens your eyes, exposes you to the deep scars of the world, and changes your perspective on life. When you volunteer, you see the hurt, the pain, and above all, the hope.